On Tuesday 6th May 2003, the society had arranged an all-night observing session culminating the following morning with a transit of Mercury – assuming the weather stayed clear! 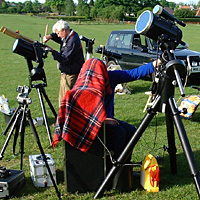 The Tuesday night observing session was well attended. Some twenty people had come and gone during the wonderful clear evenings observing. 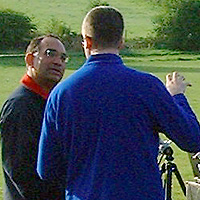 By midnight the die-hards, Jeff Harries, Mike McRoberts and Paul Whitmarsh, had locked the society observing field gate and moved the cars and the equipment down to the lower part of the field where the glare from the street lights is blocked out. From there it is MUCH darker (the society should go there every week!!). They then had a good look at some deep sky stuff, seeking out many galaxies, nebulae and globular clusters, including M4 and the fabulous dumbbell.

Sometime after 2 o’clock in the morning there was a visit from a curious badger that came to have a look at what they were doing. At 3:20am everyone climbed inside their cars and had a kip. They woke around 5am, and soon were enjoying a breakfast of pork pie and beans washed down with a nice cuppa. 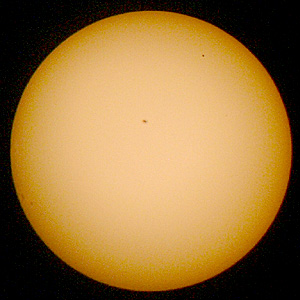 Mike McRoberts and Paul Whitmarsh then did a survey with the PC software and an electronic compass to find the best spot from which to see the transit. This resulted in moving all the equipment and cars.

Tony Buick turned up at around 05:30am with his Celestron followed shortly after by Jim Mehta, Joe Shehan and Alan Picot. Anxiously everyone then set up and got ready for the transit.

They had a visit from a curious fox that turned up to have a look at what they were doing later in the morning and Mike managed to get some shots of it with his digi cam through the ETX (an interesting use of an astronomical telescope!). 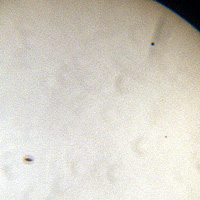 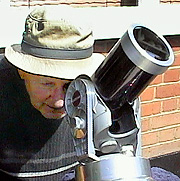 The rest of the guys didn’t stay long, but Mike, Paul, Tony and Jeff Harries stuck it out till the end and packed up by midday.

Everyone then went home for a warm shower and good sleep after only having had about two and a half hours sleep the whole night.